Extra data from knowledge-based constructs in the matrix limits all possibilities available to reality. Knowledge kills. It makes up the identity that is an enemy. Can you remember how easy…

Knowledge Makes The Matrix Stronger Whilst Enslaves YOU

Extra data from knowledge-based constructs in the matrix limits all possibilities available to reality. Knowledge kills. It makes up the identity that is an enemy.

Can you remember how easy life was before you were introduced to how it works? You could eat anything and not give a damn about the calorie content, this additive and that E number. There were no difficult obstacles to overcome to any venture you took upon.

Life was incredibly mysterious and excitement awaited in every new moment. Pain has not crept into the NOW yet, you were fully present and more aware than you can imagine today.

As I can recall, manifesting anything I needed was no problem. The simple idea of finding money on the streets presented enough for me to enjoy a bag of sweets, and this sorted me out every time, in just one journey to the shop.

I did not have exceptions operating in my mind such as the belief that money is scarce and hard to come by. I could program my own reality at the time.

I could implant the idea that “I will find money” into my reality, and it would manifest such as in a lucid dream. The mind was not programmed as of yet, and reality responded obediently.

NOTE: There was no notion of try, ONLY DO. Trying is the result of relativity. Trying originates out of weakness and helplessness and the absence of power.

You see, the more we learn about life, the way it “should be” processed by the collective unconscious mind that we are initiated into by taking on life in 3D, the more exceptions start operating. This prevents the free flow harmonization with the universe.

I am sure you have heard this quote before:

The universe wants to give you everything you need, it is only your thoughts and beliefs blocking it.

Now, I am not in any way saying that mainstream society is to blame for a negative mind that renders souls powerless. I have met many uneducated souls from African rural areas to Thai hill tribes, and they were all trapped in some kind of relative self-created prison, inherited through the ancestral line — the work of the “magnificent mind”.

How Knowledge Makes the Matrix Stronger

You see, exceptions in the mind are much like “IF” statements in computer programming. You can eat a chocolate with no knowledge of it and enjoy the simple pleasure, or you can have knowledge of it, which changes a simple act into a calculating nightmare.

Now come the “IF” statements, and there can be many programmed into a mind — countless. “IF” the chocolate has more than 50% sugar then it is detrimental to my physical health. “IF” it has Soy Lecithin inside I’d better throw it away, because this soy contains minute aluminium deposits.

“IF” the chocolate contains artificial flavors, it is also not good, because that means thinking becomes impaired.

Suddenly, eating a chocolate becomes a huge nightmare in a mind that has been programmed with extra knowledge pertaining to the classification of substance according to science.

The chocolate is just an example; extra intelligence can make reality for a mind-orientated being robotic. Who said artificial intelligence is merely science-fiction? Most of the world are currently operating under AI!

The more knowledgeable you are, the more complex reality becomes, to the point that the mind drains you of all your elements and you become a zombie relative to the world that holds you in stasis by everything that you stand under by. You become a statistic!

I am not saying that we should go ahead and shove anything down our throats, as our bodies are built upon the the dust of the Earth, which means that we should feed it whatever makes it strongest for maneuvering across this dimension.

The mind and body are interlinked with each other in a sort of feedback loop. Changes in one of the two, affects the other. When the mind is depressed, the body lacks energy; when the body is diseased, the mind cannot function optimally.

But this is only reality in the mind-body-soul or body-mind-soul state. When the soul, the “I” (NOW) is in the center, body-soul-mind, this cause and effect cannot function anymore because all mortality fades in the light of immortality.

The soul has the power to act as a solvent to any problem.

Ask any sickness, any cancer this question: “are you mortal or immortal”?

Remember, these problems only have consciousness because you gave up your center and put (data) mortality in your now. When the activated soul enters the picture, all of the illusion that crept into the eternal space turns back into the five elements.

Consciousness has the power to negate all illusory effects arising from food entering the body and affecting the mind.

You see, knowledge, laws and scientific facts affect beings that are unrooted and disconnected to consciousness, beings caught in relativity to the matrix. 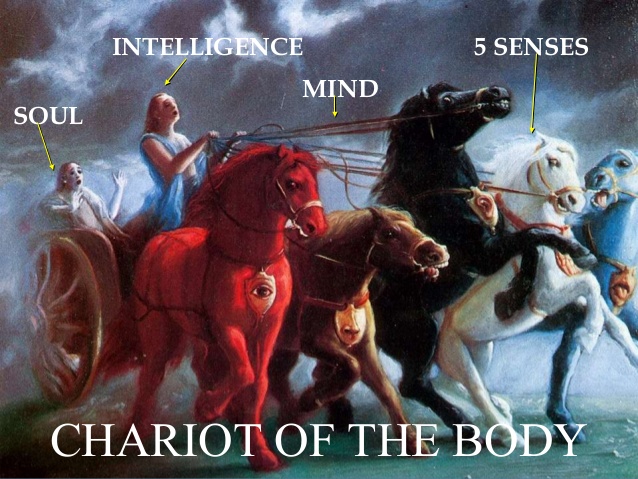 All the data, facts, knowledge controls your life when you are part of the illusion, mind orientated. This is where the creator of the Matrix needs you to fulfill his empty doomsday prophecy. Only then can your psyche be used to fuel his desire, which is the ultimate destruction of the universe.

It must be highlighted once and for all that all mind, collective unconscious, the me, the ego, is built negative, so to serve a positive creator. This is so because the reality is set up with the objective of fooling souls to create a world that was envisioned by the creator a long time ago.

This has expertly been achieved by incepting the souls with data that manipulates them to believe they are nothing and IT is everything.

From nothing, anything would do, and the mind seems to be the next greatest power after the great disconnection.

The creator’s objective is achieved only by giving souls a mechanism that would make them think they are in control, or give them the illusion that they have a hand in the matter of fate.

The addiction to this mind and disconnection to the source (soul) that keeps ITS created constructs in function, is an identity that is based on data, and beliefs that data is God, and the more data is employed, the more control can be achieved over a world that is constructed by data.

Easily but steadily, you become a Luciferian worshiper, albeit unknowingly.

The Fate of the Planet

The fate of the planet lies in the operation of the mind, and if we do not thrash the reliance on it to construct reality, we will have the fate foretold by the bible: Armageddon and all.

The bible is the great architect’s handbook and within it is a timeline that holds reality only in accordance to the souls that know not of their actuality and absolution.

A new, unprecedented world awaits all those that step out of that timeline, which is based on a beginning and an end, Alpha and Omega. That which has a beginning must have an end. In the Beginning was the word.

The digital Holographic Reality is constructed with words and numbers. The bible spells out that this has an end.

A word is a vibration, vibration is energy, and energy is light. What constitutes our present reality has an end.

Instead of fearing this end due to all the threats of judgement and punishment, we should embrace the beginning of a new, self-created reality, where me and you are the writers of whatever it is that we want to manifest.