Given the fact that human beings are composed primarily of water (i.e. 60%), the implications are huge: both words and thoughts have a huge impact on us.

It’s a great feeling when someone sincerely appreciates you, makes a kind gesture, offers help, or makes your time memorable in any way. We often cherish these memories, because they generated ‘positive’ emotions and energies.

However, the same cannot be said of other emotions — such as grief, sadness, doubt, fear, and anger among others. We try to avoid feeling them, and finding ways of quickly move past them. Why?

I think it’s because most of us believe that these emotions are difficult to understand and are neither meaningful nor important in our pursuit of happiness and spiritual growth.

And because we are more at home with emotions such as happiness, joy, euphoria, and ecstasy, etc., because they seem more sensible, easier to understand, and meaningful in our life’s pursuit.

Sadly, both these widely accepted beliefs are wrong.

Recently, I shared the astounding work of Dr Masaru Emoto on how our words, thoughts, and intentions directly and physically affect the properties of water.

If we accept Dr Emoto’s preposition that thoughts affect water, and that the human body is primarily composed of water, then we must accept that our thoughts and intentions do affect us and the people around on which they are directed.

Dr Emoto’s experiments have been primarily focused on how water is affected by positive and negative intentions and emotions. He tested how water reacted to affirmations, by freezing and observing the patterns of water crystals.

This may still make people wonder if that had implications in the human body, because his only experiment on the impact of water on organic materials, has been on rice.

This is where Nikki Owen steps in, with an apple — literally.

The apple can have anywhere between 50 to 80% water weight, and Owen decided to take Dr. Emoto’s experiment to a new level — worldwide, and into the heart of different organizaitons (where most of us spend most of our day, each day).

Her “The Big Apple Experiment” project has hundreds of case studies from people, groups, and organizations across the world.

She cut a single apple into two equal halves, placing them in similar jars and repeating Masaru Emoto’s experiment on them for several weeks, whilst taking note of the decaying rate of both halves.

The results are being verified, in different degrees, from across the world.

The experiments, in addition to showing the impact thoughts can have on organic matter, also shed light on a very powerful fact: how festering emotions increase decay.

The Need to Create Space for Our Emotions

We have come to a point where, as a society, we think of certain emotions as wrong, considering them obstacles to living a healthier and more meaningful life. Hence, we try to uproot these negative emotions from our life altogether.

Spiritual growth, on the contrary, is about being mindful of our emotions, giving them space where we can easily access them and understand them, and hence properly channel the energies that they are releasing.

The only way to make the positive response is by creating the space where those emotions can be placed and accessed.

One can achieve that by creating a “spiritual container” for one’s emotions and gradually directing and guiding every emotion to that container.

One can create the “spiritual container” by bringing awareness to the emotion. Only by turning towards them, can one nurture them back and regulate their energy, and hence be able to express them to other people in a meaningful way.

Endearing Thoughts — Nurture Emotions Instead of Controlling Them

I believe we need to create and sustain an ethos of accepting and nurturing negative emotions. It has been a long time since we’ve been running from them — since the dawn of the industrial revolution.

But we can move past this by becoming more aware of our emotions, and creating the space to acknowledge them, and meaningfully communicate them to others.

It is one way of leading us away from many addictive, obsessive, and compulsive behaviors that we may have unconsciously created as mechanisms for handling negative emotions. 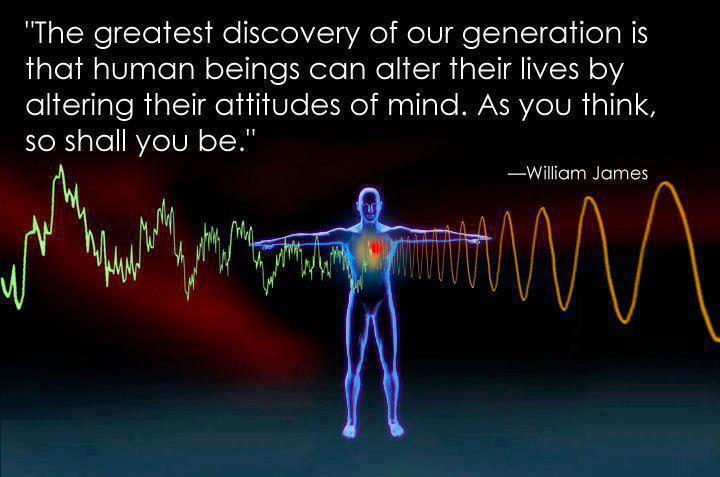 Our words and thoughts have a strong impact, both on ourselves and those around us. It is crucial for us to change the way we think and the things we say for the better. Daily positive affirmations can have a tremendous impact on our health and wellbeing.

You can start right now, with a very simple exercise. Please relax your body and mind for a few seconds. Now say out loud the following health affirmations:

Repeat them three time over.

It’s the first thing I do when I wake up in the morning, then I repeat them during my launch brake and every night before going to bed.