Cordyceps is a mushroom that grows in China where it is considered a miracle and you will see why. Here is what one of the world’s most potent mushrooms can offer… 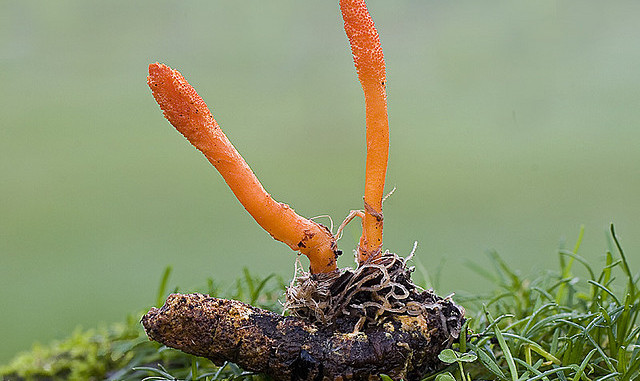 Cordyceps is a mushroom that grows in China where it is considered a miracle and you will see why. Here is what one of the world’s most potent mushrooms can offer in terms of health benefits.

The Cordyceps or “winter worm and summer grass” is a mushroom used in Chinese traditional medicine for over a thousand years. It grows at around 3500 meters above sea level, on the mountains in China.

The general health benefits this mushroom offers are: its immune boosting ability, providing the body with strength and energy and slowing down the aging process.

Due to its non-toxic compound, cordyceps is a great supplement for fighting the following diseases:

Cordyceps and Regulation of Blood Sugar

One area where sufficient scientific research has been done is the Hypoglycaemic effect of the mushroom and blood sugar regulation.

As a result, cordyceps is often recommended to diabetic patients as a supplement or as a sole treatment.

Cordyceps as a Natural Antibiotic

Cordyceps mushroom has also been very effective against pathogenic bacteria and respiratory illnesses, such as chronic bronchitis and asthma (Ref. 2, Chapter “Effects on the Respiratory System”, pages 429-432). It is an excellent natural remedy for arthritis and rheumatism.

Cordyceps stimulates the blood circulation in a way that it steadily increases the blood flow in the coronary arteries which prevents blood clots or thrombus formation.

The mushroom stimulates the production of melatonin, the universal cancer-fighting antioxidant, making cordyceps mushroom very popular among large number of oncologist in the world as an anti-carcinogen supplement to the traditional treatments (Ref. 3).

In an unpublished study, the cordyceps mushroom was used as a treatment for alcoholic patients. The amazing discovery was that almost immediately after beginning the treatment patients lost their cravings for alcohol.

In this study, 57 patients were treated with 4.5 mg of Cordyceps and managed to recover 89% of their kidney functions. As opposed to them, the controlled group recovered only 45% of normal kidney functions.

The effects of Cordyceps on Cardiac Function

Some of the most important benefits of the Cordyceps mushroom in traditional and modern medicine, are its positive effects on the heart pulse and heart arrhythmia (Reference 2, Chapter “Effects on the Cardiovascular System”, pages 436 – 441).

Today, this mushroom is used in China as one of the first lines of defense when it comes treating serious heart diseases. Even though the way cordyceps works in controlling the arrhythmia is only partially known, it is considered that the greatest merit is the presence of adenosine.

It has been proven that these nucleosides have a positive effect on treating irregular heartbeat, slowing down heart rate and normalizing the heart rhythm. Cordyceps contains a significant amount of adenosine, deoxyadenosine and similar nucleosides.

Although herbal supplements have a different effects on different patients, there have been very few cases where arrhythmia has not been effectively treated after adding Cordyceps to the traditional therapy in patients.

Disclaimer: Always consult your physician before consuming any supplement. This general information is not intended to diagnose any medical condition. Consult with your doctor to receive an appropriate prescription.

Filip Gjorgoski is a Staff Writer for DreamcatcherReality.com. Filip is also a nutrition enthusiast. He believes that the secret to long and healthy life is achieved only through proper nutrition. His hobbies are blogging, working-out, hiking and traveling.