The ‘Mother Grain’ of the Incas and the food of modern astronauts, quinoa is a must-have in your diet. Here are its health benefits and nutrient profile.  Quinoa is a trendy new…

The ‘Mother Grain’ of the Incas and the food of modern astronauts, quinoa is a must-have in your diet. Here are its health benefits and nutrient profile.

Quinoa is a trendy new superfood which is often misunderstood.

Not only do people don’t pronounce it right (kēn-wä),  but they don’t know what it is. Quinoa isn’t a grain, it’s a pseudo cereal. That means it acts like a grain but it’s actually a seed.

Surprisingly, quinoa is more closely related to spinach than grains. It’s a seed of a dark leafy green plant that’s related to swiss chard and spinach. But because of it’s taste and texture it’s usually grouped with the grains.

Quinoa is indigenous to Central and South America. To this day, Peru and Bolivia produce more than 80% of the world’s quinoa. The Incas called quinoa Chisaya Mama or Mother Grain.

Not only was it a vital source of nutrients for the Incas, it was also used for religious ceremonies.

When the Spanish conquerors arrived in South America, in an effort to wipe out the culture of the Incas, they burned quinoa fields far and wide. Fortunately, they didn’t wipe all of it out.

Since then, the seed has been so important to the world that the United Nations decided to declare 2013 the international year of quinoa.

However, it isn’t just the historical significance that makes quinoa a widely accepted superfood.

This tiny seeds are nutrient-rich food that you would definitely want to include in your diet. In fact quinoa seed is so nutrient-rich that NASA sends it into space with its astronauts.

Quinoa as a Substitute to White Rice

Quinoa can make a good healthy substitute for white rice. Beside being higher in calories, qunioa is also higher in protein, fiber and manganese (i).

Sure, rice provides 20% of the total calories the entire world consumes, but it only has half the amino acids, less overall protein, way less fiber and almost half the manganese.

There is nothing wrong with eating some white rice from time to time. However, if you decide to switch to quinoa, your body will thank you.

In one cup of cooked quinoa, which is the typical serving for most people, there are 220 calories. These are 220 nutrient dense calories. 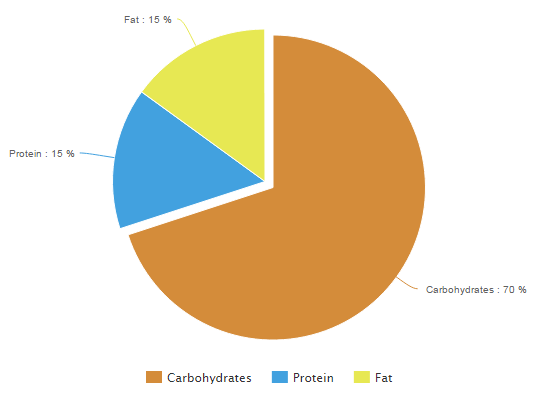 About 70% of its calories come from optimally healthy carbohydrates. Which are our body’s top fuel WHEN they come from real whole food sources like this.

About 15% of the calories come from protein, which is in the ideal range for our body (10-15% protein source energy).

Around 15% of the calories are contributed to fats. And as you can guess, coming from a whole food, these are unsaturated healthy fats.

Quinoa brings a lot to the table.

First, it’s packed with protein. As mentioned, at least 15% of each seed is pure protein. One cup serving is over 8 grams which is more than an egg, a glass of milk or a serving of beef jerky.

Which is great if you are a vegan or a vegetarian.

Second, quinoa is one of the few foods very rich in amino acids. Vital chemical compound that helps the body convert food into energy, build muscle and burn fat. Because quinoa has all nine amino acids, it is considered to be a complete protein, which makes it great for bodybuilders.

Quinoa is also high in fiber. You can get nearly a quarter of the daily fiber you need in a single serving. The fiber coming from quinoa (soluble fiber) helps lower cholesterol, reduces risk of cardiac events and regulates glucose.

That combination of being a complete protein and rich in fiber really helps with weight loss and keeping your digestive system healthy.

Number three, it’s both wheat and gluten free, so If you are allergic to gluten or you are on any kind of diet restrictions, quinoa is a great choice.

It is also low on the Glycemic index which means it enters the bloodstream at a steady rate and not going to spike your blood sugar levels. And, as a result, helps us feel full for longer.

One of the most frequently asked question is if quinoa can be consumed raw. And the answer is yes — which makes it also great for raw foodists — BUT it has to be properly soaked and sprouted.

If you are going to eat quinoa raw, you have to soak the seeds in a jar filled with water for about 6 hours. At the end, unload the water and cover the jar with a sprouting lid.

Most people eat quinoa cooked. And it is super easy to prepare. Here’s how:

Organic quinoa is available to purchase on Amazon.

Filip Gjorgoski is a Staff Writer for DreamcatcherReality.com. Filip is also a nutrition enthusiast. He believes that the secret to long and healthy life is achieved only through proper nutrition. His hobbies are blogging, working-out, hiking and traveling.