82  Learn to experience the power held with our sexual energy and how it can be channeled into greater, more productive, aspects of our lives. Sex is a powerful driving… 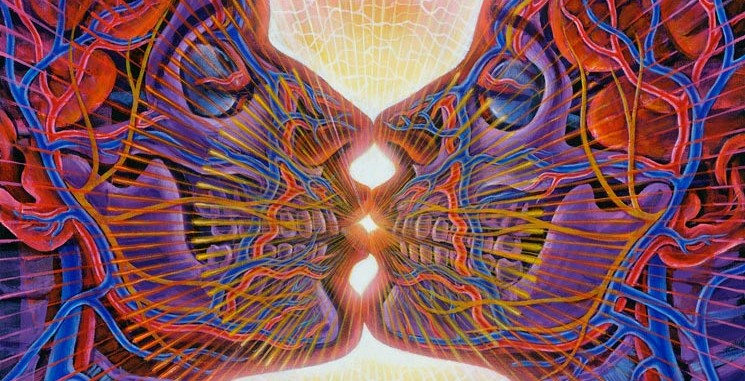 Sexual Energy: How To Alchemize It Into Spiritual Energy

Learn to experience the power held with our sexual energy and how it can be channeled into greater, more productive, aspects of our lives.

Sex is a powerful driving force of nature. It involves every form of life, whether plants, animals, or humans, everyone conforms to its power. Hence, it makes complete sense that most of our energy stems from our libido.

The sex drive or the sexual energy is an extremely powerful feeling that is capable of temporarily eliminating rational thought and consumes one’s reason of existence.

The sexual desire we experience is a form of energy. This powerful and potent energy can be transformed into other forms of energy, in our case, spiritual energy.

The power that lurks behind sex is essentially creation itself. It is the force that gives birth to all forms of life. Throughout history, people have channeled their sexual energy into other areas of life such as passion and artistic expression.

In this case, we will talk about channeling this powerful energy into our spiritual energy in an attempt to achieve higher states of consciousness.

Taoist and tantric energy practices are just some widely known forms of countless other practices that enable the utilization of the power hidden within sexual energy. According to Yogic philosophy, sexual energy remains dormant until it is harnessed in its most potent form: Kundalini.

Similarly, the Kabbalah viewed sexual energy as the deepest form of spiritual expression one can attain.

Sexual Energy as the Source of Intense Focus and Creativity

When one seeks out shamanism, they are often required to practice complete abstinence from all forms of sexual activity for extended periods of time.

Most consider it a test of commitment towards the path and a trial one must pass in order to advance in the discipline. However, this is not really the case. Sexual activity at this early stage of spirituality becomes a distraction, as it takes away from the overall energy and motivation of the person.

During the period of abstinence, people start to experience increased amount of focus, energy, and creativity.

This is the period where one experiences the greatest amount of personal and spiritual growth. It allows one to develop an immense amount of focus that stays with that person through the years that follow.

It also helps one to develop deep insights into one’s inner mind. During this period, one really understands the power sex holds over them and, as they work to rid themselves of this control, only then do they realize how sex is the strongest distraction there is.

Our modern society has become all about seeking stimulation and instant gratification. So it is no surprise that we all abuse the power of sex, which could be the result of centuries of sexual repression and stigmatization.

However, post-sexual revolution, our society has been quite accepting of sex and hence the over-indulgence.

The advent of internet has made it even worse, as sexual stimulants are readily available at our whim, which has become a huge factor in the wastage of sexual energy.

However, when all this sexual stimulation and desire becomes motivation, one develops a greater degree of creativity, imagination, courage, will power, and persistence. This sexual energy can be so strong that people are willing to actually hurt others, die, and even risk imprisonment to fulfill them.

Just imagine what could be achieved if it could be harnessed for greater purposes!

It’s never enough to just have a strong sex drive — one must also know how to control and channel it. Sexual transmutation is the way through which one can alter physical nature of sexual energy into thoughts and other usually creative purposes.

The fact remains that we are all sexual beings. The path towards sexual transmutation is not about over-indulgence or abstinence, but rather accepting it as a part of our nature. At the same time, we need to realize that we are more than just our sexuality.

Many equate higher levels of spirituality with sexual repression; however, all they are doing is denying their nature. Since sexual energy cannot be destroyed but transformed, it ends up catching up with them, as all they did was deny a natural aspect of their being.

The following are a few techniques that men and women can use to experiment with their sexual energies:

According to the Tantric practices, one can increase their energy and focus by indulging in sexual intercourse, but not reaching the point of orgasm or ejaculation. This allows one to awaken their sexual energy but since there was no orgasm, the energy doesn’t leave the body, rendering one to experience the power of sexual energy at its peak state for a few hours.

Another way to experiment with sexual transformation is by abstaining from all forms of sexual activity for an entire week. Then, explore how you feel and function.

Some people will experience greater levels of energy and awareness, whereas others might struggle due to negative energies such as altered moods, anxiety, frustration, etc.

This will help you understand if you are ready for sexual transmutation in your current state.

Hopefully, this article will arouse your interest towards embracing the spiritual power that dwells within our sexuality and make you interested in learning how to harness your sexual energy.

This article was inspired by Transforming Sexual Energy Into Spiritual Energy, which was written by Don Mateo Sol is the author and co-founder of popular spiritual website LonerWolf.com. As a shamanic practitioner, teacher and soul guide, Sol has helped to lead thousands of people throughout the world on their journeys of self-discovery, healing and wholeness. You can follow Sol’s work on Facebook.