Creative geniuses make a conscious effort to introduce change into their lives. Creativity. What is it? And how do you know if you’ve got it? The most used buzzword in… 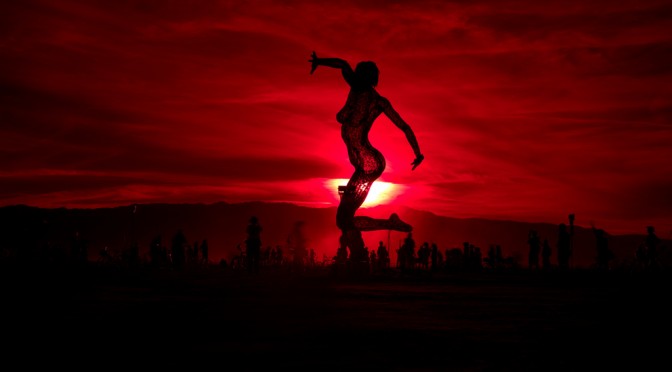 15 Surprising Qualities of the Creative Genius

Creative geniuses make a conscious effort to introduce change into their lives.

Creativity. What is it? And how do you know if you’ve got it? The most used buzzword in self-descriptions on linked in profiles for 2 years running. The number one factor, across 33 industries, to which Fortune 500 CEOs attribute their success. We’re fascinated by creativity and yet we continue to struggle in defining it. Perhaps we can benefit by examining those individuals hailed as creative geniuses. Picasso, Einstein, Edison, Steve Jobs… What did all of these people have in common? Below I list 15 surprising qualities of the Creative Genius.

1. Creative geniuses are open to new experiences. On an individual level, psychologists have identified “openness to experience” as the single most important trait of exceptionally creative people. Creative geniuses make a conscious effort to introduce change into their lives. They often put themselves in situations in which they’re more likely to experience the unexpected.

2. Creative geniuses have a high tolerance for uncertainty. Many of us cringe at the thought of the unknown and fear being out of control. Creative geniuses, on the other hand, have a high tolerance for uncertainty. Picasso was once asked if he knew what a painting was going to look like when he started it. He answered, “No, of course not. If I knew, I wouldn’t bother doing it.” In general, creative geniuses tend to care less about the destination and more about the journey.

3. Creative geniuses practice diffused attention. Most exceptional creators are working on multiple projects at a time. They’re often restless and have a variety of outside interests. Psychologists refer to this as “diffused attention”, or defocused. While periods of intense concentration are useful for balancing checkbooks and taking exams, creative breakthroughs are most likely to occur when we’re in a state of diffused attention.

9. Creative geniuses are active. Darwin’s theory of evolution came together while he was riding in the back of a carriage. Mark Twain was notorious for pacing his study. Mozart always traveled with scraps of paper tucked into his side pocket. Creativity requires kinetic energy and motion primes creative thinking. Creative geniuses understand this and make sure to stay active. They may not get anywhere physically, but such consistent movement allows them to travel far in their minds. As the saying goes, “I have never heard of anyone stumbling upon something while sitting down.”

10. Creative geniuses view themselves as outsiders. They may be part of a group, but they never quite feel as though they fit in. They are simultaneously accepted and shunned. Though not a comfortable position, it’s the perfect configuration for creative genius, as all genuinely creative ideas are initially met with rejection. Researchers at John Hopkins University found that rejection boosts creativity most markedly in individuals who consider themselves to be “independent minded”. That is, those who stand apart from the world and rejoice in their Otherness. Creative geniuses are always marginalized to one degree or another. Which makes sense since someone wholly invested in the status quo is unlikely to disrupt it.

13. Creative geniuses crave chaos. The word “chaos” is often misused as a synonym for “anarchy”. We seem to have given it a false negative connotation. But creative breakthroughs arrive in the midst of chaos. Thus, creative geniuses crave chaos. If it doesn’t present itself naturally, they produce it. Think about Beethoven’s notoriously messy desk, for example. Or Einstein’s messy love life. These are examples of self-induced chaos. Far from being an impediment to creativity, chaos is an essential ingredient.

14. Creative geniuses are good at “connecting the dots”. All geniuses make the world a bit simpler. There is this chaotic mess of seemingly unconnected data and then someone says, “Wait, here is how it all fits together.” And we like that. Dots are connected. Relationships uncovered. Creative geniuses take great pleasure in connecting many phenomena, which at first sight appear to have nothing in common.

15. Creative geniuses take a lot of risks. When stumbling upon a new path, we don’t necessarily know whether it will lead to a dead-end or a breakthrough. Creative geniuses don’t care. They take the path anyway. It helps that creative geniuses have a high tolerance for uncertainty because they are, by nature, risk takers. Risk and creative genius are inseparable. Sometimes the genius risks professional ridicule, and sometimes much more. But genius always comes at a price. Creative geniuses are simply more willing to pay that price than others.

Whitney, who loves singing, writing, and performing is the author of the Vehicle of Wisdom blog. Although she has graduated from school, Whitney considers herself a life long student. She believes that as we learn, we teach – at our best we are all teachers. To learn more about Whitney visit her website http://www.vehicleofwisdom.com/ and Facebook Page.