Charles Darwin developed a theory of evolution, which changed the way we understood our place in the world; but he neglected to mention the involutionary arc. Before there is evolution,… 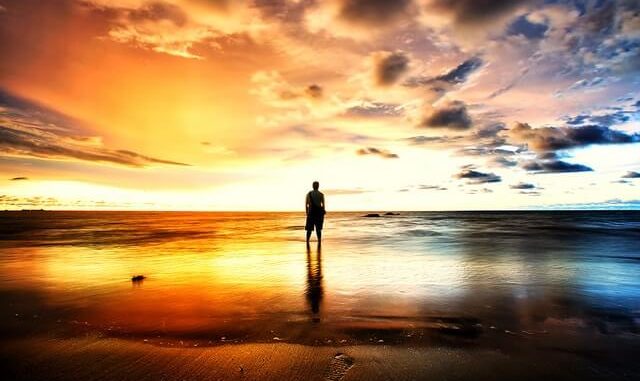 Before Evolution There Was Involution

Charles Darwin developed a theory of evolution, which changed the way we understood our place in the world; but he neglected to mention the involutionary arc. Before there is evolution, there is involution.

The Involutionary Arc of Ageless Wisdom

Spirit is the electrical reality of “life” itself. The consciousness of man must be fully awakened before one can ever understand that great energizing something of which the other types of energy are but expressions.

The lives of Spirit that descend in involution until the lowest point of densest matter is reached are called “elementals.” Nature itself is composed of them for no entity anywhere can separate itself from the “boundless all.” Although “elementals” is a generalizing term, a better use of the term would signify beings arising from the first in and of the seven elements of nature before other and more advanced evolution came into manifestation.

The names of the classes of these elementals are too numerous to mention. We call these nature sprites, faeries, the sylphs of air, the undines of water, the salamanders of fire, the gnomes of earth, etc. When the elemental lives reach the densest element, to wit: the mineral kingdom, then they will be ascending on the evolutionary arc. We call these “devas”.

The church calls the devas, “angels.” These lives gradually evolve from the mineral kingdom to the next kingdoms, to wit: the vegetable, animal and human kingdoms and then to the three superhuman kingdoms until they return to their source: the “one life.” This is a picture taken on 10/15/12 by NASA of what appears to be an angel going towards the Sun. It is estimated to be twice the size of the earth.

Who Guides the Universe?

The whole universe is guided, controlled and animated by an endless series of hierarchies of sentient beings. Thus, each performs its mission. They vary in their respective sizes and degrees of consciousness.

Some function as elementals, some as hierarchies of angels or devas. Their size, however, can be twice the size of the Earth or more. Some exist as gods, some as rivers of lives vitalizing galaxies, solar systems, planets, and all the kingdoms of nature.

Evolution means the unfolding, the unwrapping of what is within. In all cases, elemental beings are ‘unconscious god-sparks.’ Divinity is as much at the heart of every elemental being as it is at the heart of a god. But until that core of divinity evolves into manifestation, so that the entity is thereafter governed by the spiritual flame within as an ego or soul, it is said to be without a spiritual soul.

As a human being is composed of all the great elements: Fire, Air, Water, Earth, and Ether, thus the elementals which belong respectively to these elements, feel attracted to a human being due to their co-essence. That element which predominates in a certain constitution will be the ruling element throughout the life. For instance, if an individual has a preponderance of the earthly gnomic element, the gnomes will lead him toward assimilating metals–money, wealth, and so on.

Elemental Legends and Lessons of Involution

Many beautiful legends and stories exist about the elemental. Some of these romances or stories have even described the union of human beings. These are ensouled entities, beautiful and in some cases mechanically wise, but nevertheless ‘soulless,’ elemental beings of the cosmos. (As an instance cf. the mystical legend Undine, by De la Motte Fouque.)

The elements of the cosmos are seven, not four. Four are manifest; that is, possessing a form, a vehicle or a body;) but there are also three higher or formless classes. Consequently, some of these elements composing the very fabric and structure of the universe, are spiritually, vibrationally high, and contrariwise, some of them are very gross and material. There are also those of an intermediate character; and the elementals that spring from each one of these elements partake in each instance of the character of the mother-substance out of and from which they are born.

We understand elementals properly as the unevolved life-atoms of the several cosmic elements. The medieval European writers alluded to these beings, also the mystical and initiated writers of other countries, under different names.

Involution and the Master Initiates

The Tibetan Master, D.K., took his Fifth Major Initiation in 1875. He worked through his amanuensis, Alice A. Bailey, dictating to her using mental telepathy. They wrote about twenty books together. He also suggested that the best way for a human being to evolve, is through “study, meditation and service.”

Therefore, for those eager to evolve more rapidly, I offer three pages weekly online of the Ageless Wisdom Teachings known by Pythagoras and Plato. And it is free; this is my method of service. If you have interest in expanding your consciousness, and moving beyond involution to evolving, you can contact me through my website.

Marguerite dar Boggia presently serves as Secretary and Membership Chairperson of ISAR (the International Society for Astrological Research). She formerly served as publisher of Kosmos, the ISAR Journal and as Secretary and Director of ISAR and UAC, (the United Astrology Congress). She was a co-founder of UAC. Read her published articles in the ISAR journal and in other publications. At this time, she offers free of charge three pages weekly online of the Ancient Wisdom Teachings as known by Pythagoras. Contact her through her website: www.FreePythagorasTeachings.com