This article was inspired by Morality Of Wisdom: There Is No Such Thing As Good Or Bad Many people seem to confuse between the concepts of wisdom, morality and beliefs…. 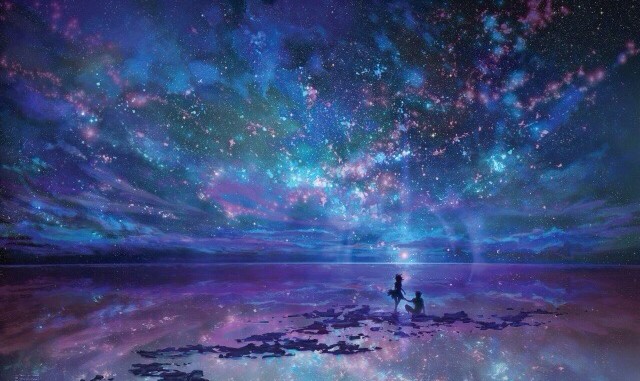 This article was inspired by Morality Of Wisdom: There Is No Such Thing As Good Or Bad

Many people seem to confuse between the concepts of wisdom, morality and beliefs. Continue reading to understand how wisdom is the only source of harmony in the world.

Although the concept of good versus evil has been predefined and pre-fed to us during our upbringing, the world is a much more complex place than most people would like to agree.

Institutional religion provides us with dogma, which labels certain people as inherently evil or good, sometimes without the opportunity for redemption.

However, when you meet these so called evil people, you will realize that they too are people like you and I, and they think, they rationalize, and they justify their actions through their own morality.

Moral Code as a Guideline

Morality is humanity’s collective attempt to create a structure indicating what is good and bad. The notion of morality makes it simpler for us to differentiate undesirable from the desirable and believe that we are correct.

Despite our efforts, there is no universal and objective moral code, as it is relative and based on cultures.

Morality is a tool just like any other, which is used by the majorities to justify their collective behavior and even coerce others into accepting their values. The people they may oppose may have their own moral code, which deems them righteous and the other one evil.

Now we are left wondering if there is nothing that we, across all cultures and religions consider an act of immorality, such as crimes against children.

However, since our personal values and emotions are the determining factor in the moral assessment, these factors can be different from person to person.

In fact, even a person may change their views on morality. Hence, it cannot be considered as an absolute rule.

Religion as a Source of Morality

A huge majority of the people live by an absolute form of morality that is derived from religion. Even morality that is associated with religiosity is about popularity and popular opinion, as people who adhere to a different set of dogmas, despite having similar moral beliefs, will be considered wrong or on a bad path, hence in need of saving.

Whereever there is great deal of emotional investment in any element of life, its examination becomes difficult and quite confrontational.

At the core of religiosity or mortality, it all comes down to judgment — whether judging other people or being judged by them.

The concept establishes the idea that there is an objective way of assessing another person based on their own values. Hence, it becomes a tool for devaluation of other people, leading towards division, estrangement, and dehumanization.

Interestingly, all of the world’s prophets have taught us about non-judgment, respect, love, and tolerance. Yet, all it does is facilitate judgment, ostracization, and intolerance.

Was the original message lost or misinterpreted?

So, is the act of “sinning” representative of an evil person? Or does it represent an innocent mistake, a transgression of the collective laws.

If we fight our urge to take a life only to avoid going to hell, then isn’t hell the perfect place for such people?

A Higher Form of Morality: Wisdom

History tells us that intelligence has never proven to be enough to live a wise and sensitive life. Many of the famous dictators and killers have been highly intelligent people. This is because intelligence has nothing to do with compassion or empathy.

Instead, intelligence acts as a tool that we use to process the ideas of our fragmented reality, created by our minds.

Wisdom, on the other hand, acts as a sensor, which allows us to create a direct connection with another being or thing. It gives birth to our sentient perception.

The unwise and misguided people who are incapable of cultivating harmony in their lives seek out fleeting pleasures in their attempt to experience fulfillment. These feel good feelings are what causes one to commit atrocities against person or nature.

So, according to this, religion does nothing more than tell us that there is a wise way to live and an unwise way to live, as opposed to what the masses believe.

The wiser amongst us realize that the so-called evil behaviors attract nothing but problems, such as enemies, paranoia, dissatisfaction, and suffering.

People who are considered to do good aren’t exactly saintly beings, instead people who have realized that doing good benefits them. Compassion fights against suffering for themselves, as it creates a sense of fulfillment, a feeling we all live for.

With this in mind, we understand that people we consider to be evil due to their unwise actions, aren’t deserving our judgment. These people are the ones in most need of our compassion and support.

It is important to realize that there are people among us that have never felt what it truly means to be at peace or feel love. Hence, they act in ways that are not only harmful to others but also to themselves.

Morality and wisdom are two completely different things. As much as we would like to believe morality to be objective and universal, it is not, as it can contradict another one’s sense of morality. However, in the case of wisdom, it can never contradict one’s wisdom.

This article was inspired by Morality Of Wisdom: There Is No Such Thing As Good Or Bad, which was written by Don Mateo Sol. He is the author and co-founder of popular spiritual website LonerWolf.com. As a shamanic practitioner, teacher and soul guide, Sol has helped to lead thousands of people throughout the world on their journeys of self-discovery, healing and wholeness. You can follow Sol’s work on Facebook.