“They say ‘you don’t know what you’ve got until it’s gone.’ The truth is, you knew exactly what you had. You just didn’t think that you were going to lose… 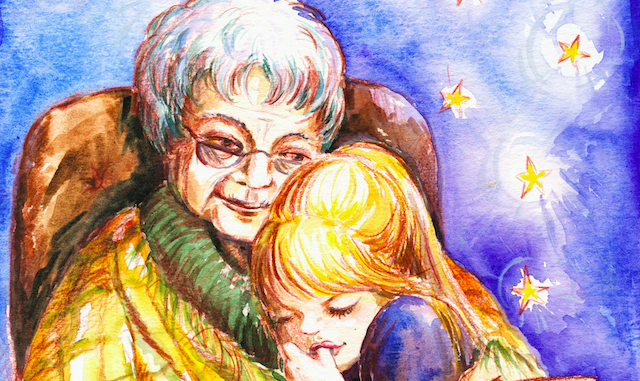 Whatever is Taken for Granted Will Eventually Be Taken Away

“They say ‘you don’t know what you’ve got until it’s gone.’ The truth is, you knew exactly what you had. You just didn’t think that you were going to lose it.” ~ Unknown

She was a mother of eight children. She lived with her family in a small village in the countryside.

Living in a poor family, with eight mouths to feed, she worked every possible job from dawn till dusk, from working in her family’s own rice field to accepting gigs from anyone who’d hire her.

Many people told her not to put her children in school so she could have some help with work. But she insisted on letting her children be educated so that they could have a shot to live a better life than hers. It meant working ten times extra, but she did it anyway.

She lived more strictly than a monk. She didn’t eat enough, because the less she ate, the more her children could eat.

Fast forward nearly forty years later, she suffered from heart disease, blood pressure problem, and many serious illnesses. According to the doctor, the main reason was that she’d neglected herself for so long.

In the last couple months of her life, she couldn’t walk or talk. She became paralyzed and she forgot her children and grandchildren. Later she died in the arms of her family.

That was the life story of my grandmother, the woman who sacrificed her entire life to take care of other people and expected nothing in return. And everyone took her for granted.

It’s not because we didn’t love her. But we were just too busy with our lives. And most importantly, our society raised us not to express our love and feelings to others, because it was considered a sign of weakness.

I remember just a couple hours before she died, we were all expecting it and we gathered together to be with her.

My mom said, “Grandma is so weak.” I hugged her.

It was the first time I saw her cry.

A couple years later, my aunt told me she never hugged my grandma and told her how much she loved her. She didn’t know better at that time. She does now, but she’ll never have that chance again.

They took her for granted. And now she’s gone.

My grandma’s love and sacrifices seem to repeat themselves — with my mom.

A mother of four children, she found herself in a familiar situation.

She raised her four children herself while her husband was away to work for many years. She never had good food because she tried to save money to provide for her family.

And honestly, I also took her for granted.

She was always there for me when I needed her. She never left me when I got sick. She fixed my clothes and bought me some pretty shoes when I asked for them, even though money was tight. She provided me with everything I’ve ever needed. And magically, she still managed to do the same for my siblings.

She was a superwoman to me.

It was not uncommon for her to do all the household chores while we just sat around, studying, chatting, or playing.

I knew she worked hard, but I also thought that’s how all moms were. I never remembered to say “thank you” to her. She plays a huge part in my life, and for a long time I just didn’t realize it. Until she was diagnosed with cancer.

My world collapsed. Life was so brutal.

When she was in the chemo, the house was a mess. No one cared to clean, cook, or talk. My family and I only talked about Mom, who was becoming weaker by the day.

I remember when she finally came home after the first chemo session, we kept asking her what food she could eat and how she felt. That was the first time she received so much attention.

I had taken her for granted, but I still had a chance. Since then, I learned to take care of her as well as she took care of me.

Even after my mom was cured, the fear of losing her still scared me to death. But it also makes me realize that we all tend to take people around us for granted, especially the people who are closest to us. We only remember to cherish them when we are about to lose or after we lost them.

I now make it a goal to never take anyone for granted. I make sure I appreciate everyone around me. If you think you might also be guilty of taking people for granted…

Remind yourself that nothing is permanent

Nothing you have today will last forever. Not your job, your house, or your car. Not the people who are closest to you. Not even the people who vowed to never leave your side.

Take a moment and accept the fact that life is short and you don’t have a lot of time to be with your loved ones. Someday all those people will no longer be around you, and you can’t possibly know when. Cherish them while you can.

Expect nothing. Appreciate everything.

No one is responsible for you and your life. No one is obligated to show you affection and kindness. Even if they are the people you love, it doesn’t mean they must love you back. They don’t have to do anything for you, even the smallest things.

So when they do, recognize their efforts and thank them for everything they do for you. Everyone appreciates knowing they’re appreciated.

Express your love with little gestures

Born in a third world country, I wasn’t raised to express my feelings for other people. Many times I struggled to tell my mom how much I love her. I thought she knew because she is my mom. But it doesn’t mean she would not feel happier if I chose to share how much I cared.

It was strange at first, but now I call her every day and kiss her over the phone camera. I send her random text to tell her I love her and arrange flowers to be delivered to her house.

Even if you’re busy, put in the effort to show how much you care. It doesn’t have to be anything big. As Robert Brault said, the little things are often the big things.

Stay in the moment

Sometimes we are so busy with our work, our hobbies, and our relationship problems that we don’t focus on the people who are right in front of us.

But if you don’t, when you look back on those moments, you will regret not being in the moment and enjoying time with your loved ones.

Make a commitment to yourself today: Stop worrying about things you have no control over. And if you can’t stop worrying altogether, at least vow to put your worries aside for a while every day so you can be there for your loved ones, both physically and spiritually.

It is easy to get used to all the sweet and kind gestures people do for you. But don’t take them for granted.

Go ahead. Call your mom, dad, or someone else you love. Tell them how much you love them and thank them for everything they do.

Send a text to your significant other, if you have one. Thank them for cooking a big breakfast for you, or even just for listening.

Buy a bouquet of flowers and send it to your spouse or friend, along with a note to tell them how much you appreciate they little things they do for you every day.