Sport can be called an art of the physical body that we, humans, have come to adore and love. Why is it that Big corporations are so invested in it?… 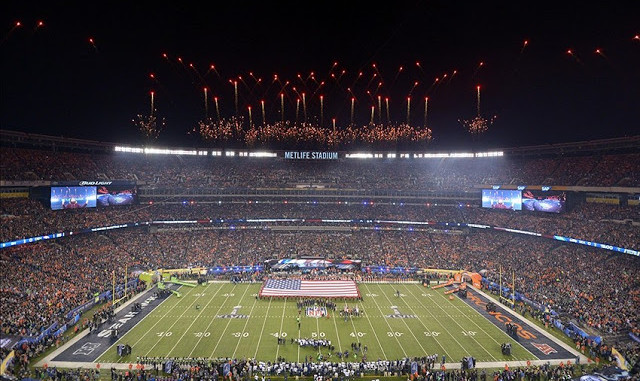 Sport — Exposing The Dark Rituals That We Involuntarily Partake In

Sport can be called an art of the physical body that we, humans, have come to adore and love. Why is it that Big corporations are so invested in it?

Glimpsing the ultimate athletic potential of the phi-based human body can be very inspiring. What is it ultimately used for? Sport has evolved tremendously in the last century and has become one of the largest corporate investment attractions we have witnessed.

They need millions of people to see their logo which, in a sense, keeps it alive and strong in the reality of our lives. The millions of Pounds/Euros that many football (i.e. soccer) players walk away with as salaries in Europe, all stem from funding from these wealthy Big corporations who only want to see their logos broadcasted to more and more people across the globe; the further the team that they are sponsoring reaches in knockout tournaments, the more exposure they get.

Exposing the dark side of sport

Is it all really only about advertisement and exposure? Does it go deeper than just getting your corporation noticed through the eyes of millions that think it is just a game? The answer is yes, it does go much deeper.

Firstly, realize that Big corporations are owned by individuals that care not about humanity and, actually, prefer to keep humanity enslaved at the bottom of a hierarchical pyramid so that they may elicit control and remain in power.

Even governments fall under the control of corporations, because the funding ultimately comes from them — money is power — and guidelines and agendas that governments (the puppets) follow are received from the wealthiest individuals on the globe owning the largest corporations.

All these individuals actually get together for a meeting once a year and all form part of a group called the Bilderberg.

These ruling elite are always devising plans and agendas to divide, separate, stupify and conquer humanity into dark corners of consciousness so that they may complete their atrocious agendas — of which most people are unaware of — whilst being kept busy by television, music, cellphones, sports and, by the world of infinite illusion, perpetrated by media.

So, why do these corporations spend so much money on sport, stadiums and tournaments (such as the FIFA world cup)? What is their main agenda?

Obviously, by now you understand that it is dark, and no, it’s not a shallow explanation such as “sport keeps people preoccupied in the matrix and makes them forget about the true problems facing the planet.”

The answer lies in magic — magical ceremonies to be precise — which is what each and every sporting match on the globe actually is.

Just like a mass collective meditation for love and peace can actually alter reality in positive ways, so does a large mass of people focusing on duality, separation and hatred can change it in negative ways.

If you look at a soccer game, you see there are two teams, spectators like one team and dislike another, and most of them get really emotional during the course of the battle between “Us VS Them.”

It is no game to most of these spectators, no matter what they may bring forth in argument. Many spectators feel hateful of their opponents, especially in rival matches.

What occurs is a mass projection of duality pouring out of these stadiums and affecting the whole planet’s consciousness and everyone on it, more than you can imagine.

This is the practice of black magic and those that partake are totally ignorant of the fact that the ceremony taking place is a projection of energy serving only to strengthen the division between people on the planet.

Sport has become a great platform for the ruling elite to serve their own agenda, which is always to divide and conquer.

Next time you see a match between two opposing forces take place on the television screen, take note how enthralled those that tune into it become.

Take notice of the kind of energy that they are projecting into the whole, and ask yourself: is this serving our goal for spiritual evolution or is it destabilizing the efforts of the forces of light?