Mindfulness is “the intentional, accepting and non-judgemental focus of one’s attention on the emotions, thoughts and sensations occurring in the present moment”, which can be trained by a large extent… 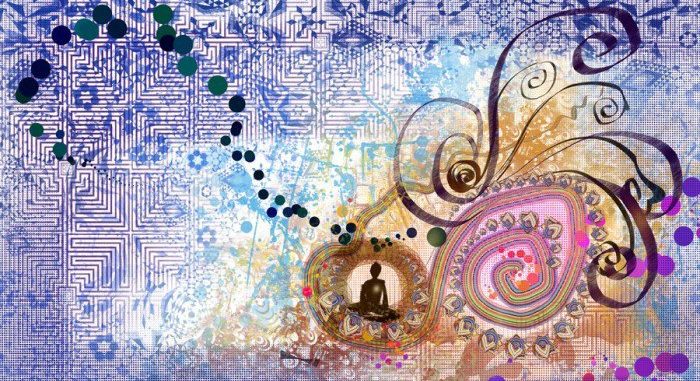 Mindfulness Is More Effective Than Drugs For Both Anxiety And Depression

Mindfulness is “the intentional, accepting and non-judgemental focus of one’s attention on the emotions, thoughts and sensations occurring in the present moment”, which can be trained by a large extent in meditational practices.

The Journal of the American Medical Association (JAMA) published the results of a ground-breaking study that found that meditation appears to provide as much relief from some anxiety and depression symptoms as antidepressants.

Mindfulness-based trainings have shown beneficial effects on inflammatory disorders in prior clinical studies and are endorsed by the American Heart Association as a preventative intervention. The training provides a biological mechanism for therapeutic effects.

A study in Psychoneuroendocrinology by researchers in Wisconsin, Spain, and France reported the first evidence of specific molecular changes in the body following a period of intensive mindfulness practice.

Mindfulness Meditation The Most Effective Form

Dr. Madhav Goyal of the John Hopkins School of Medicine, who led the research published in JAMA, singled out mindfulness meditation as the most effective form.

“It doesn’t surprise me at all that mindfulness performs as well as or better than medication,” says Adrian Wells, a professor of psychopathology at Manchester University and a clinical advisor to the charity Anxiety UK. The psychologist Katie Sparks agrees.

“In the group work that I’ve done with sufferers of anxiety or depression, I’ve found it very beneficial because it calms the mind. It’s not a new thing,” she adds.

That’s an understatement: Mindfulness is a meditation technique that has been advocated by Buddhism for 2,500 years.

Paul Christelis, the Light Centre’s course leader and a clinical psychologist, defines it as “paying attention to your experience, on purpose, in the present moment, without judgment or criticism.”

Its crossover into Western culture has been gradual. But in 2004, its use in preventing the relapse of depression was approved by the U.K.’s National Institute for Health and Clinical Excellence (Nice). It has rapidly gained traction since.

Gene Activity Can Change According To Perception

According to Dr. Bruce Lipton, gene activity can change on a daily basis. If the perception in your mind is reflected in the chemistry of your body, and if your nervous system reads and interprets the environment and then controls the blood’s chemistry, then you can literally change the fate of your cells by altering your thoughts.

In fact, Dr. Lipton’s research illustrates that by changing your perception, your mind can alter the activity of your genes and create over thirty thousand variations of products from each gene.

He gives more detail by saying that the gene programs are contained within the nucleus of the cell, and you can rewrite those genetic programs through changing your blood chemistry.

In the simplest terms, this means that we need to change the way we think if we are to heal cancer.

“The function of the mind is to create coherence between our beliefs and the reality we experience,” Dr. Lipton said.

“What that means is that your mind will adjust the body’s biology and behavior to fit with your beliefs.

That dynamic points to a three-party system: there’s the part of you that swears it doesn’t want to die (the conscious mind), trumped by the part that believes you will (the doctor’s prognosis mediated by the subconscious mind), which then throws into gear the chemical reaction (mediated by the brain’s chemistry) to make sure the body conforms to the dominant belief.

(Neuroscience has recognized that the subconscious controls 95 percent of our lives.)

Now what about the part that doesn’t want to die — the conscious mind? Isn’t it impacting the body’s chemistry as well?

Dr. Lipton said that it comes down to how the subconscious mind, which contains our deepest beliefs, has been programmed. It is these beliefs that ultimately cast the deciding vote.

Many Declaring Themselves Devotees

In the past few years, Oprah Winfrey, Arianna Huffington and Twitter co-founders Evan Williams and Biz Stone have declared themselves devotees.

General Mills, the Cheerios manufacturer, has a corporate mindfulness program with 700 members. In some business communities — notably Silicon Valley — it is so popular that you could argue that it has become a status symbol, a badge proving how busy and important your job is.

But its proponents swear by it. Ben, 32, a soccer-loving political advisor from Oxford, tries to set aside 15 minutes each day to meditate.

“It definitely makes a difference when I do it,” he says.

“It gives me more composure. I feel more clear-headed.” He was drawn to its promise of improved concentration — ‘my mind tends to wander’ — but the bigger thing I took away from it is it teaches you to take the rough with the smooth.

“Sometimes at work you feel, like, ‘this is just a nightmare’. But then you think: ‘It will be a nightmare for 10 days, then it will pass.'”

Kate, 34, works in fashion and has taken medication for many years to help manage her depression.

“Medication was only going so far,” she says. “It wasn’t tackling me getting overwhelmed by my mind.” She’s been meditating for 20 minutes every morning for the past three years and says:

“The emotion’s still there but instead of feeling, ‘Oh my God, I’m feeling really awful or depressed’, or whatever, you take a step back and think: ‘There’s that feeling. It will be there for a while and then it will go.'”

Paul believes mindfulness meditation “nurtures equanimity. It trains you to have an unshakeable balance of mind, so that you’re feeling everything but not getting swamped by it.”

Though I’ve never thought of it as “mindfulness,” I reckon I’m pretty good at appreciating the here and now.

Many times a week I’ll note (just a little smugly) that I’m the only one looking up from my device and out of the window on my bus journeys to work.

I’m a big believer in the benefits of quiet time, too: a few minutes now and then to acknowledge, and even indulge in, a little sadness, frustration or worry. So I arrive at the Light Centre thinking this will be a breeze.

The popularity of mindfulness coincides with a spike in the incidence of depression and anxiety in Britain.

Prescriptions for antidepressants are up from 33.8 million in 2007 to 50.2 million in 2012. Job insecurity, financial pressures and attachment to technology all play their part. People work longer hours, worry more and sleep less.

On the other hand, the intention of Mindfulness Meditation is secular; namely, to train the mind, in the same way that we would lift weights to strengthen a muscle, to be able to concentrate — and avoid weakly wandering around on autopilot — for longer and longer periods of time.

As opposed to “zoning out,” Mindfulness Meditation is like “zoning in” on whatever phenomenon or phenomena we choose to zone in on.

We consciously focus our attention upon designated and specific thoughts or sensations that arise in our field of awareness and observe them non-judgmentally — maybe even label them.

Thus, there are countless types of Mindfulness Meditations because we can choose to focus our attention on seemingly infinite phenomena.

Mindfulness is gaining a growing popularity as a practice in daily life, apart from buddhist insight meditation and its application in clinical psychology.

In this context mindfulness is defined as moment-by-moment awareness of thoughts, feelings, bodily sensations, and surrounding environment, characterized mainly by “acceptance” — attention to thoughts and feelings without judging whether they are right or wrong.

Mindfulness focuses the human brain on what is being sensed at each moment, instead of on its normal rumination on the past or on the future.

Mindfulness fosters compassion and altruism: Research suggests mindfulness training makes us more likely to help someone in need and increases activity in neural networks involved in understanding the suffering of others and regulating emotions. Evidence suggests it might boost self-compassion as well.

Constant stimulation offered by mobile devices — the average person checks their phone every six-and-a-half minutes — keeps us permanently alert, affecting our ability to concentrate, form memories and relax. If anxiety is the modern malaise, perhaps mindfulness is the cure.

Michael Forrester is a spiritual counselor and is a practicing motivational speaker for corporations in Japan, Canada and the United States.