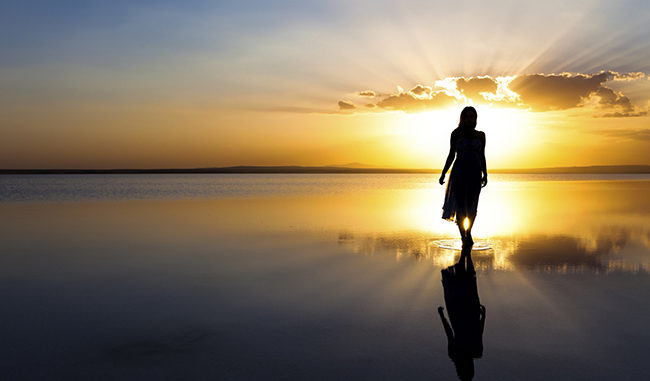 How To Go From Intuitive To Psychic

I’m intuitive but not psychic

Why do we think that we are intuitive but not psychic? Psychic is something that people feel is like magic, it is beyond them. Perhaps it’s the movies, perhaps it’s the word psychic. Psychic is taboo, psychic is scary, and associated with ghosts, paranormal, and most of all fright. But, again, there’s also the magic that is associated with it, it’s something that is a gift, a magic wand, something that we might feel only special people can do or have. Again, if we watch the movies, we might feel being psychic is unattainable.

Even the newspapers make it special: How did anyone know to do that??? So why do we feel we are intuitive but not psychic? We’ve had that flash of an epiphany, that, “How did I know that?” moment.

So, is it coincidence, or something more?

But we may just chalk it up to, “Oh that was a coincidence,” because being psychic is not me that would be way beyond me.

Why not? Why not be uber-intuitive, why not be able to go beyond and have those amazing intuitive moments all the time? There are people who have no idea what to do with just their intuition, say they don’t even know if they have intuition, grow and develop to become highly intuitive and, yes, psychic.

In the trailer for “Hereafter” with Matt Damon, the scene opens where he’s reluctantly giving a psychic reading to someone who begged him to do it. Matt reaches out and takes the man’s two hands into his own. Instantly, he jumps slightly as if he was hit by something. Then the scene moves to showing a misty vague movie that ostensibly is in Matt’s head.

Images may appear like a mini-movie inside your head.

The mini movie in his head shows people, events, and then he starts telling a long story of events in this man’s past.

That’s not how it works.

In general, the psychic is someone who naturally knows how to do this, or more likely, someone who has been trained to do this well. They know how to get their intuition to work for them. They’ve studied techniques and practiced them so they can get their intuitive messages, which they can use to be more detailed and informative.

We may have seen or heard people’s intuition do extraordinary things. How did someone know? They were meant to board a flight and they say, “I just felt like I couldn’t get on that plane.” So, they didn’t and then the plane crashed. How did they know that? We would say it was their intuition.

Using intuitive ability whenever we want?

Can we imagine if we could take this ability, and use it when we wanted to? Plus, if we could develop our intuitive ability to get more information, we might even be able to know why we shouldn’t get on the plane or what is going to happen to that plane and where. This would all seem to be psychic, wouldn’t it?

This is what the psychic ability really is; it is:

Our own intuition can become so advanced that we and others will think we’re psychic, because we are. Being psychic is the product and result of a well-developed intuition that is under our control.

Psychics get intuitive information that they compile to appear to be long detailed stories they can tell us. But, they get their psychic information the same way we receive our intuitive experiences. They’ve just learned how to notice when their intuition is giving them a message, how to interpret it and get more detail from it. And we can too; we can be intuitive and psychic.

Lisa K., PhD, is a teacher, author and speaker specializing in intuition and creator of Developing Your Intuition. Known as the intuition expert, Lisa has taught hundreds of people in workshops and seminars. Lisa K.’s public appearances reach people around the world through guest speaking and online media. Get a FREE eBook on Intuition and 16 exercises you can do alone at http://www.LMK88.com