This article was inspired by 4 Popular Myths And Misconceptions About Being An Empath Since people lack the ability to understand those who are different from them, this article will… 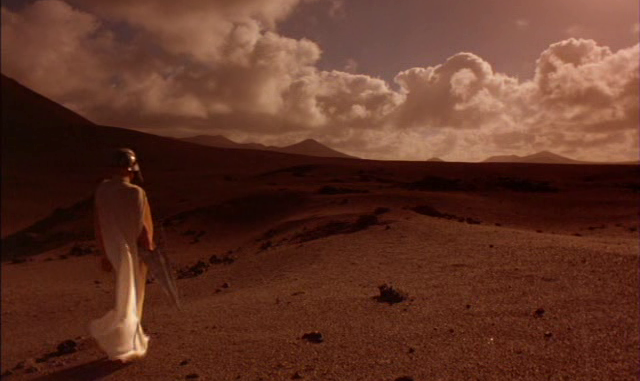 Empaths: Dispelling the Myths and Misconceptions

Since people lack the ability to understand those who are different from them, this article will help dispel some of the myths surrounding empaths.

If you have ever been called spineless, feeble, fragile, hyper-sensitive, weak, temperamental, and melodramatic, chances are you constitute a unique group of individuals called empaths.

Empaths are a rarity, as only an estimated five percent of the population exhibit the qualities associated with empaths. What differentiates empaths from the rest of the population is their incredible ability to sense other people’s thoughts and emotions.

According to a notable, empath and author, Christel Broederlow, empaths possess a unique ability to sense different levels of their own emotion, but also that emanated by those around them.

This includes their intimate ability to understand desires, current state of mind such as suffering or joy, and, even more interestingly, their ability to sense physical illnesses.

This ability manifests itself through energy vibrations that empaths tune into or passively pick up.

This interesting ability, on many occasions, has proven to be both a blessing and a curse. On the one side, they can be an excellent listener, as their intimate understanding allows them to comfort and help those around them in ways an ordinary person wouldn’t be able to.

While on the other side, being able to constantly sense other people’s emotions and pains can take quite a bit of toll. It can be quite painful and tiring as they are perpetually weighed down by the flow of negative emotional energy surrounding them and creating both psychological and physiological dissonance.

Empaths can be appreciated for their wonderful gift and cherished by those capable of understanding beyond what they feel and see, but quite often, they are confronted or even challenged by a variety of misconceptions regarding their gift.

Misconceptions and misunderstandings about Empaths

If you are an empath, I am certain you would be familiar with comments such as stop being so sensitive or you need to grow thicker skin.

Growing up as an empath can be particularly difficult; you face such insults from your parents, teachers, friends, and literally anyone who doesn’t accept that you are a certain way and you can’t really help it.

But I guess it’s not even their fault; the dominant culture in our society considers the sensitive lot as weak and values efficiency and industrial resilience. Therefore, it is no surprise that empaths experience such intense antagonism.

Let’s take a look at four of the most dominant misunderstandings of empaths in our society:

Empaths are Self-absorbed and Navel-gazing

Yes, it is true that empaths tend to be quite moody and solitary, but as opposed to popular belief, this is not because they are self-absorbed or self-indulgent, but rather because they are deeply affected by the emotions exuded by others around them.

An empath’s ability to feel what others are feeling is weighing them down and this is what creates the perception of being aloof or self-obsessed. The truth is they are paying more attention to other people’s needs rather than their own.

As magnets of negative energy, this often does create a psychological imbalance in empaths.

Since they are natural listeners and confidants, it is common for people to be drawn to their sensitivity in an insensitive world. This results in a lot of emotional baggage being dumped on them by others.

And all of this negative energy takes a toll on them for obvious reasons. This is one of the many reasons for depressive tendencies in empaths.

Hence, they can appear mentally ill, but at most times, the problem doesn’t lie with the empaths, but rather the external emotional climate.

Empaths are Quite Psychologically Fragile

Since empaths are biologically programmed to be more sensitive and receptive to their surroundings, they tend to accumulate a lot of unwanted emotions and energy. This results in significant emotional tension, making them more prone to crying or other signs that are considered as signs of weakness by the society.

For example, Schindler’s List, a movie about Nazi Germany, portrayed a lot of suffering and violence, something that a normal person would feel but to the extent of their connection. By contrast, an empath would be significantly more affected by the suffering depicted in the movie.

After experiencing everyone’s hidden emotional states and absorbing all of the negative energy around them, anyone including an empath would be left completely and utterly exhausted and the lack of mental, physical, and emotional energy makes them look lazy to others.

Empaths experience many problems such as chronic fatigue syndrome, insomnia, headaches, and fibromyalgia. This is a result of perpetually overloaded stress and pressure, which overtime translates into physical conditions.

If you have experienced any of these misunderstandings in your life, please do feel free to share your experiences with us. At least here you know that we understand.

This article was inspired by 4 Popular Myths And Misconceptions About Being An Empath, which was written by Aletheia Luna. She is the co-founder, editor and author of popular spiritual website LonerWolf.com. As a transformational mentor and holistic writer, she has helped to guide thousands of people throughout the world on their paths of self-acceptance and wholeness. You can follow her work and private updates on Facebook.