Science has recently shed light on the fact that what we used to perceive as ‘human’ aura is actually real. All of our bodies emit an electromagnetic field, and this… 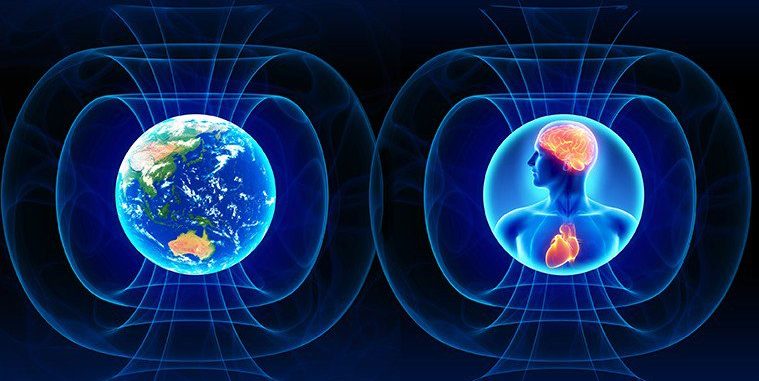 Science has recently shed light on the fact that what we used to perceive as ‘human’ aura is actually real. All of our bodies emit an electromagnetic field, and this fact plays a very important role far beyond what is commonly known when it comes to understanding our biology, and the interconnectedness we share with all life.

I recently attended the Gregg Braden workshop at Creative Living Fellowship in Phoenix, AZ. If any of you are unfamiliar with who Gregg is, he’s been a pioneer of Truth for many years who’s bridging the gap between science and spirituality. He’s had an impressive career as a computer geologist, is a prominent author of many best-sellers and has even spoken in front of the United Nations. So, if any of you follow me often, you know I’m a HUGE fan of Gregg’s! What I took away most from this workshop was the incredible amount of hard evidence he was able to provide around this relatively new area of study; at least as far as mainstream science is concerned.

During his presentation, Gregg went over the current studies being done by the Heart Math Institute that are measuring the electromagnetic field of the human heart and also how it changes in the presence of loving, calm energy versus fear induced energy! He demonstrated this by having an unsuspecting volunteer connect to the Heart Math’s software via a tiny earpiece that collects various data about your heart-rate. He first had her consciously drop into her heart. Then, he would do something to spontaneously put the volunteer on the spot and make her feel a little out of her comfort zone. To be able to visually see the amount of mind/body coherence taking place within this woman, and how the two were in full communication the entire time was absolutely incredible!

Furthermore, he explained that the GCI, or Global Coherence Initiative has actually embedded sensors deep into the Earth that are logging changes in the electromagnetic field when people are consciously coming together to drop into their hearts. Even the effect of lowering crime can now be recorded when people are meditating together with the intention to send love and healing to those areas most affected by high crime. And there’s evidence from these studies that when big global events occur (as in the day of 9-11), we  clearly see a jump in the Earth’s electromagnetic field in response to human beings putting out intense emotional responses through their hearts around one single event, situation, group of people or environment. To me, this is solid proof we are all connected and all effect one another on so many levels.

The GCI’s mission statement is as follow: “The Global Coherence Initiative is an international effort that seeks to help activate the heart of humanity and promote peace, harmony and a shift in global consciousness. GCI conducts groundbreaking research on the interconnection between humanity and Earth’s magnetic fields and energetic systems.” (Source: https://www.heartmath.org/gci/ )

This technology and research is paving the way for a new understanding, or do I dare say a “recollection” of the sacred connection between energetic fields in our Universe. Specifically those of our Sun and Mother Earth and how they each affect human consciousness and cognitive behavior. While this connection has always been well-known among the ancients and aborigines, mainstream science has only begun to ask the right questions in recent years.

The more we learn about energy via Quantum Physics as well as the power generated by the human heart, the more I believe people will begin to really pay attention to things such as their moods, tones, of voice, self-talk, negative thoughts, and just in how we treat ourselves and one another in general. There is a wave of awareness sweeping the globe and it’s happening through our hearts! And yet remains the lingering human need to always see it before we believe it; well, this branch of the spirit-science based community of research is finally allowing us to do just that.

And just think of how this is positively contributing to the existing shift in human consciousness! Not only is the scale tipping back to center, but we can actually measure the energy involved in the entire process! With the likes of Gregg Braden and other leading pioneers in this community, we will intend to see in the not too distant future, a world we may not recognize at first, but will eventually remember as our true, natural state of being… one that exists in harmony. One that is in BALANCE.

Tamara Rant is a Co-Editor/Writer for CLN as well as a Licensed Reiki Master, heart-centered Graphic Designer and a progressive voice in social media activism & awareness. She is an avid lover of all things Quantum Physics and Spirituality. Connect with Tamara by visiting Prana Paws/Healing Hearts Reiki or go to RantDesignMedia.com – Follow Tamara on Facebook, Twitter and Google+