Indigos receive their designation when their surrounding aura is predominately indigo in color. I will use the term Indigo here, however, many of the traits are very similar to those found… 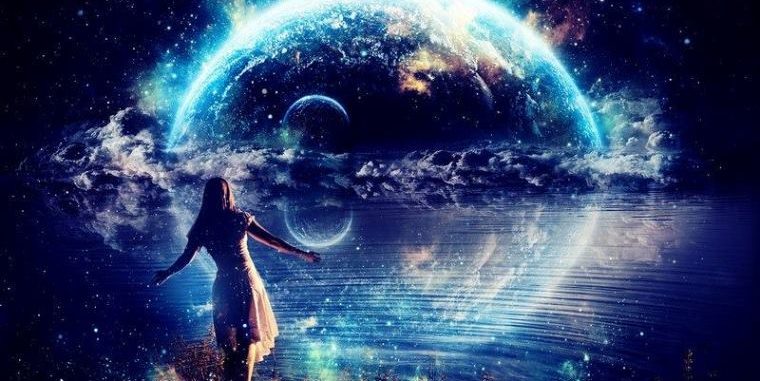 Identifying And Understanding An Indigo

Indigos receive their designation when their surrounding aura is predominately indigo in color. I will use the term Indigo here, however, many of the traits are very similar to those found in “old souls.”

The concept of an Indigo person was developed in the 1970s when it was discovered that many children who were born in the 60s or 70s had strong indigo auras.

It is believed that Indigo children are born to a parent who has had some form of spiritual awakening during their lifetime.

This awakening results in our DNA altering slightly so that when we pro-create, the children that are produced have also been awakened spiritually.

Indigos are able to tap into the collective consciousness, which thousands of years ago was a perfectly normal thing to do. However, as our DNA began to learn how to store memories, many of us now rely too heavily on the data held in our memories to make our decisions for us, rather than using our conscious state.

DNA records and stores our cell’s memories in the same way as a tape recorder does.[1]  As we go through life we search for data in our DNA (tape recorder) rather than tapping into our higher selves.

This has caused us to lose our ability to tap into this higher consciousness and instead means we allow our pasts to make sense of the situations we are in and also make sub-conscious decisions about the information that we are constantly receiving.

When people tap into their higher consciousness, a part of their DNA alters and strengthens.

This then means that the DNA we pass onto our offspring will also store this data and this will form part of our children’s blueprint, allowing them to also be able to access this consciousness, and this will become stronger and easier as generations pass on these genes.

The children that are born to those who have accessed this ability are Indigo children.

The brow/sixth chakra also known as the third eye, which is located at the centre of the forehead, relates to the colour purple.

An Old Soul or Indigo personality will be able to see things from their higher self, rather than for the purpose of the ego or for financial or material reward.

Often the easiest way to be able to tell if someone is an Indigo is by asking if they resonate with the colour indigo.

Even if indigo is not the favoured colour choice, it will very likely strike a powerful resonation and no explanation is needed as to why this is—it is an intuitive connection based on the vibrations of energy in our surrounding auras.

Indigos have an inner knowing that is far more powerful than psychic abilities. Rather than thinking, Indigos use feeling to make sense of the world. They observe the electromagnetic vibrations that everyone sends out and then have the ability to translate the energy to understand it.

Indigos take responsibility for their own lives and also use their intuition to follow their intended path. They are desperate to find the meaning of their life and the missing answers that are found within the hidden and subliminal messages that everyday life delivers.

Indigos will literally feel as though they have been born on the wrong planet. They will feel alien-like while in the company of others who do not resonate with their experience.

Indigos may feel as though they are the black sheep of the family or that they are the lone wolves of society. This is because they do not gel with others well, unless they are vibrating on the same wavelength.

Indigos will often recreate their own families by forming a bond of friendships with those who are similar. They often refer to those they resonate deeply with as their soul families or warrior tribes or something similar.

Authority will be an area that Indigos struggle with and this will likely start within the education system. Rules and regulations will not make sense and Indigos will easily manage to weave their way through systems paying little regard to social norms and unwritten rules.

An Indigo often does not need to gain formal educational qualifications to prove their intellect or abilities, and instead will find their own path to their own kind of success. Success to an Indigo will begin and end with their soul being nourished and providing service to others.

Everything else that comes from their success is seen as a by-product and will hold very little value compared with the rewards that are soul-deep.

One of the main traits of Indigos is a strong intuition and psychic ability and many are clairvoyants, even if they are not fully aware of this part of themselves.

Indigos wish to create harmony. They want to feel at one with the earth and long for all humans, animals and all living organisms to unite in peace. An Indigo’s soul finds it difficult to rest and fully relax whilst there is suffering here on earth.

Many additives that are added to foods and drinks will be intolerable for an Indigo. Sensitivities to chemicals will be very likely and the only substances that settle well in an Indigo’s system will be natural ones.

This is also the same for cosmetics, or cleaning products, causing the skin to flare or react badly when it comes into close contact with these things. All of these intolerances are ways of seeing what the world needs to change to create a better world for future generations.

An Indigo will have an innate desire to serve humanity and to jump to the defense of anyone or anything that is in need. They fight for equality and will go to any length to support those who may need help or assistance in any way.

Indigos thrive on honesty and integrity and anything else will feel like a stain on their soul that they will work to remove.

They make mistakes, tell lies and trip up many times, however, they have a very strong sense of what is right and what is wrong and when they do fail to make the right decisions they will do whatever they can to reroute their journeys so that they do not fall over the same obstacles time and again.

Indigos are on a mission to clear the cobwebs away from illusions and even though it is often painfully blinding to view reality they will adjust their perception continuously until they see things with the greatest clarity possible.

Indigos are the rebels of the world; they are the game changers, the curious ones, the philosophers, the truth seekers, the daydreamers, the creators, the unconventional ones, the peacekeepers, the mystical and magical ones, the quirky ones, the warriors, the free spirits, the feisty ones with tender hearts and tough unbreakable spirits.

They’re the charismatic old souls whose wise eyes give them away as they fearlessly look straight through you and deep down into the dark vortex within.

Alex Myles is a qualified yoga and Tibetan meditation teacher, Reiki Master, spiritual coach and also the author of An Empath, a newly published book that explains various aspects of existing as a highly sensitive person. The book focuses on managing emotions, energy and relationships, particularly the toxic ones that many empaths are drawn into. Her greatest loves are books, poetry, writing and philosophy. She is a curious, inquisitive, deep thinking, intensely feeling, otherworldly intuitive being who lives for signs, synchronicities and serendipities. Inspired and influenced by Carl Jung, Nikola Tesla, Anaïs Nin and Paulo Coelho, she has a deep yearning to discover many of the answers that seem to have been hidden or forgotten in today’s world. To purchase Alex’s book An Empath please click here or click here to connect with her on Facebook, or click here to join Alex’s Facebook group for empaths and highly sensitive people to connect.