“All emotions are pure which gather you and life you up; that emotion is impure which seizes only one side of your being and so distorts you.” – Rainer Maria Rilke… 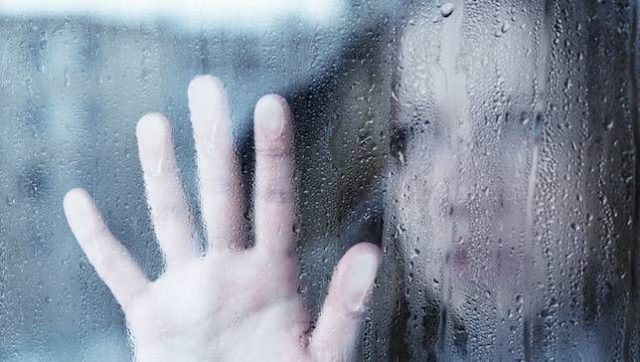 “All emotions are pure which gather you and life you up; that emotion is impure which seizes only one side of your being and so distorts you.” – Rainer Maria Rilke

People who are genuinely happy most of the time are a conundrum to those who are not. Taken a step further, people with a positive disposition can be annoying to those who do not possess such a disposition.

The human brain is an enigmatic entity, one that even the brilliant minds struggle to understand. We still can’t explain the origin of thoughts, regardless if we know what produces them. Put another way: we know that the brain makes us aware of thoughts, but not a single person knows exactly where these thoughts come from.

One thing that scientists (and most others) do understand is that the brain is a creature of habit – it has a way of repeating itself. This is a benefit when those thoughts are positive and a hindrance when thoughts are negative.

The good news is that we can learn to be happier people if we make a conscious effort. The key words here are conscious effort. Not a single person can expect to alter their disposition, personality, outlook, etc., without first having a plan. One important component of such a plan is to know what not to do. Emotions play a key role in this respect – happy and unhappy people both have emotions, they are just of a different variety.

Happy people recognize that being impulsive can bring about an array of troubles. When one is impulsive they are more likely to overspend, overeat, lash out, become angry, and generally make bad decisions. On the other hand, when one is thoughtful, it becomes much easier to avoid harmful actions. Of all the negative consequences being impulsive brings about, the most injurious effect is the damage it beings to relationships. Happy people recognize that a particularly harmful word or deed can hurt someone, sometimes irreparably.

It’s very difficult, if not impossible, to be content with current circumstances when wishing for someone else’s. Genuinely happy people are appreciative and grateful for what they have, rather than what they could have. At its core, envy is a manifestation of unhappiness. Oppositely, being grateful and appreciative is an indicator of happiness. We’d all be better served if we chose the latter…just ask happy people.

Some people think that envy and jealousy are the same…they are not. Envy, as counterproductive of an emotion as it is, doesn’t usually correspond with betrayal or outrage as jealousy does. Simply put: enviousness occurs when we lack a desired attribute of someone else. Jealously is reacting to the perceived threat of losing someone. It goes without saying that happy people aren’t jealous often, if at all.

Revenge invokes harmful emotions and contributes absolutely nothing. In the short-term, thoughts or feelings of harming someone else – physically, emotionally, or in any other way – can bring about a sense of satisfaction. Carrying out such, however, often leaves much to be desired. After all, we can’t control what other people do, only how we choose to respond to what people do. Happy people don’t carry around this extra baggage.

To be clear, this is not a criticism of spirituality or religion. Instead, the thought process here is that relying on something, anything to fulfill us is often bears little fruit. Happy people realize that each individual inhabits the potential to create their own happiness. Don’t allow superstition to dictate what is or is not possible. Don’t give away your power.

It’s human nature to be fearful once in a while. To say “don’t fear anything” is, frankly, a stupid and irresponsible piece of advice. The appropriate advice is to not let fear take control. Some of the happiest people in the world have taken risks that would’ve scared the daylights out of most of us. Yet, their positive outlook on life enabled them to march right through that fear. They refused to be denied what was rightfully theirs.

Hatred, hostility, spitefulness – call it whatever – are pointless emotions. Not only are they pointless, they’re counterproductive. What does having negative thoughts or feelings towards someone or something accomplish? Stress, exhaustion, guilt, and often times, shame. Think of all the expended energy! Now think of what that energy could be used for. This reason, among others, is why we won’t witness manifestations of hostility from most happy people.

Happy people are generally very accepting and loving individuals. Bitter, resentful people are generally the ones making the effort to exclude people. If we can’t at the very least accept each person as an individual, what kind of hope is there? Here’s an interesting exercise: think of the happiest people in your life. Got it? Now, think about how they treat people. Odds are, these folks are accepting and loving individuals towards most.

by Power of Positivity